Ironically Muslims all over the world are being labeled as “terrorists” and “violent” despite their being supposedly the epitome of peace and non-violence. Understandably, what prompted such a rash of derision against Muslims could be alluded to virtual envy by their detractors whose exploits would pale in comparison to Muslim achievements in peace advocacy in various aspects of the human endeavour.

It is fair enough for Mahatma Gandhi (1869-1948) of to deserve the international honorific as the symbol of non-violence. But in a not too distant place and time, there was a Muslim scholar who put up a non-violent resistance to an equally brutal regime (if not even more than the one) faced by Gandhi, by the name of Said Nursi (1878-1960). To his peers, Said Nursi was given the honorific title of “Bediuzzaman”, which means “the wonder of the time,” for his ingenuity and brilliancy in mastering the religion of Islam even in his early age. Exiled, jailed several times and poisoned in solitary confinement under the country’s secular regime, Said Nursi concentrated only in peace advocacy, writing commentaries and translations of the Holy Qur’an and teaching the youths to abide by the Divine message of peace and submission to the Supreme Being. He also rallied his people to move up to the mountains to keep away from the un-Islamic influence of the secularist and communist regimes. For that he was jailed and at one time sentenced to be hanged by the commanding general of the Russian colonial forces of occupation for refusing to acknowledge the general’s presence and authority. However, after performing his requested ‘last prayer’, the general begged his pardon and released him, acknowledging his saintly disposition.

In comparison, while Gandhi was facing only the British occupation government in his native , Said Nursi had to face both the Russian colonial and local secularist regimes in his native . As a force aiming to impose its alien culture upon the indigenous people, the British can be considered docile compared to the then Russian Communist and Turkish secularist regimes. In recognition of Gandhi’s legacy, the United Nations had declared October 2, his birthday, as “International Day of Non-Violence”.

Who is Said Nursi?

Born in the of (from which his surname was derived?), of in 1878, Said Nursi is an Islamic scholar of Kurdish origin in . In the absence of formal institution of learning, he studied under the tutorship of contemporary eminent scholars in the surrounding areas. His marked brilliance and genius earned him the title “Bediuzzaman” which means “the wonder of the time.” His thirst for knowledge was aptly served when he was invited by the governor of Van to avail of the library of scientific knowledge in his residence. He proposed to open a university combining scientific and religious education to help reduce backwardness in the Eastern provinces of the . His religious inclination, however, was enough to justify the regime’s edict to exile him to the remote area of Barla, Isparta in early 1920s. But that only gave opportunity for the people in the area to learn more about Islam and for him to expand his religious writings and teachings.

He established dialogues and friendships with Christian groups, including the Pope and the Greek Orthodox. He also supported anti-communist forces like NATO, including ’s participation in the Korean War.

Said Nursi was released from prison in 1949 but had to appear time and again in different cities to answer court cases which otherwise had already been cleared in other courts several years before. Worse still the authorities never leave him in peace even after his death in in March 1960. In July, or four months later, his grave was exhumed and his remains transferred to Isparta, allegedly “to prevent any popular veneration” of his legacy.

Muslims today have much to learn from the legacy of Bediuzzaman Said Nursi; his humble beginning, his diligence and zeal for religious education, his peaceful approach to problems created by his detractors and, above all, his love of God and Islam. In order to avoid trouble for him and his followers with the authorities, he urged the people to keep themselves as far away from un-Islamic influence and to adhere faithfully to the teachings of Islam as a religion and way of life. Wary of his influence upon the masses against secularism, and in order to get rid of him, the authorities always provoked him to break the law, or into taking some form of retaliation that would justify his annihilation or indefinite incarceration. But imbued with Divine Guidance and the policy of non-violence and peaceful co-existence, Said Nursi always managed to evade all the diabolical traps laid out by his enemies.

Everywhere in the world today, Muslims walk through a tightrope between good and evil. Those who are mindful of the risks and dangers lying ahead will likely get through safely, but those who are carefree and heedless of the lurking dangers laid out by the enemies of Islam will surely find themselves in harms way.

Risale-i Nur is basically a commentary that expounded the meanings of the Holy Qur’an and the tenets of faith. It contains no political or sectarian motives, for which Bediuzzaman Said Nursi was charged several times by the authorities. But the appeal of the Islamic message to the intellect of readers is enough to unsettle the nerves of the authorities whose secular outlook took an indirect bashing. At one time Said Nursi was sent to a Mental Institution for being suspected a ‘mad’ man, as he was speaking beyond the capacity of local officials to comprehend. However, according to the psychiatrist who interviewed him: “If this man is mad, then there is no sound man in this world.”

In Risale-i Nur, Muslims are given the assurance that faith or belief contains heaven and prayers contain heavenly pleasures. On the other hand, it reasonably proves that the consequence of unbelief is hell and sins result in hellish torments and misery for the rest of the non-believers lives.

Known as the Treatise of Light Collection, Risale-i Nur was compiled during the period of Said Nursi’s eight years of exile in Barla, Isparta from 1926. In spite of the suppression of all religious articles by the authorities, Said Nursi’s supporters were able to devise an extraordinary method of distribution through networking with his students. Somehow, it led to his arrest with 120 students, charged of founding a secret organization to topple the regime. But even in prison, production of the Treatise never stopped and distribution was even enhanced more effectively. Wherever he was exiled or imprisoned, there were always capable people who would join him and communication with others in far places continued

The enemies of Islam had applied all techniques to curtail the Islamic works of Bediuzzaman Said Nursi, but every other way always works towards the spread of the Risale-I Nur, by Divine Guidance. Throughout his adolescent life, Said Nursi never enjoyed even a decade of absolute freedom for no fault of his, except that of promoting and expounding the message of Al-Qur’an. Several times he was poisoned while under harsh incarceration, but by Allah’s leave he always managed to survive.

Despite the series of attacks on his life and disposition by the authorities, Bediuzzaman Said Nursi never entertained any idea of taking revenge or forming an organization to topple the anti-Islamic government. His efforts were mainly towards the dissemination of the Qur’anic Message for the people to become aware of their responsibilities to Allah SWT under any circumstances. His faith in Allah, coupled with honesty, patience and perseverance won him not only the admiration of the masses among his compatriots, but also to win many legal battles against his Nemesis and adversary.

The struggles of Bediuzzaman Said Nursi against un-Islamic regimes to preserve the sanctity of Islam and religious tenets through non-violence can be a model for struggling Muslims in various parts of the world, except those who are facing physical genocide and violence of unbearable magnitude. Muslims are encouraged to search for deeper Islamic knowledge and to apply the principles of da’wah and tenets of the religion in their daily existence.

The struggle for da`wah can only be successful through sabr and perseverance.  Bediuzzaman Said Nursi exemplifies the true meaning of sabr and total reliance to Allah s.w.t. as depicted in the Holy Quran.

فَصَبْرٌ جَمِيلٌ وَاللّهُ الْمُسْتَعَانُ
(For me) patience is most fitting. It is Allah  (alone) Whose help can be sought
(Yusuf - 12:18)

It is about time the Organization of Islamic Conference (OIC) considers institutionalizing a Posthumous Award for Bediuzzaman Said Nursi as a symbol of non-violence within the Islamic world.

If Muslims and the non-Muslims can apply the legacies of Bediuzzaman Said Nursi and that of Mahatma Gandhi, respectively, in their daily lives, this transitory world could still be a much better environment to live in. 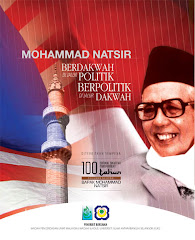 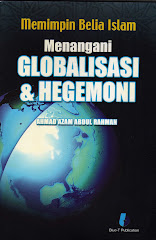